“Threat is hungry, and Bolivia can help produce more food for themselves by generating more jobs and food sovereignty”, concluded experts from differentsectors gathered at a forum on the theme “World Food Crisis, Opportunities and Challenges” organized by the IBCE. There are 15 million hectares potential for agricultural production, of which “not even use 3 million,” said business of the Bolivian Institute of Foreign Trade, who claim that may occur to, ensure domestic supply and exporthe wo.

Food security is not enough to focus only on it “can be a trap.”

Security can not be achieved with donations and imports as with wheat and wheat flour, comingimported or donated from abroad, the country became vulnerable to external supplies while a negative impact on wheat production and milling industry Boliviasays IBCE (?). Food supply at affordable prices should be increased: Economists say it is the only real solution.

That the governments of poor countries to invest in roads, irrigation, bet to use genetically modified seeds and open more markets to expand agriculture. They emphasize that biotechnology can improve crop yields, control pests and better address climate change impacts in all regions. Food insecurity political insecurity A few weeks of 2011 several Arab countries show a worrying political instabilityby rising prices for staple foods. Jacques Diouf, FAO Director-General warned in 2008 that insecurity would affect the power and politics of the poor and threatenglobal peace and security. 925 million people suffer from hunger, FAO and World Food Programme the UN, a presenter of IFAD, said that “the world’s hungry are not just numbers, they are people, men and poor women struggling to raise her children “and those people are who are claiming today in the streets. 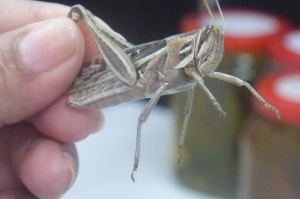